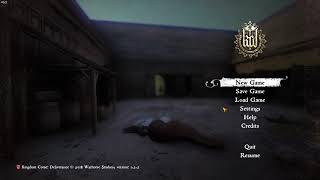 Patch 1.4.2 - April 9th
Fixed issues:
• A major bug that crashed the game at various places has been fixed.
• Quests notably affected by this bug include Sport of kings, Pestilence, Questions and Answers.
• Fixed issue with missing Erik in the quest called The Die is Cast.
• Other minor bugfixes. 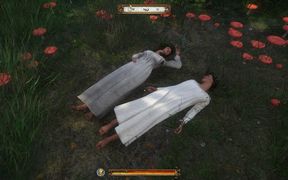 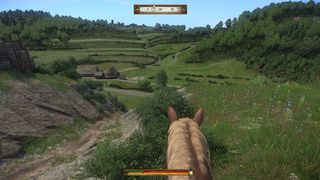 * Cutscene after completion of "Questions and Answers" quest now triggers properly.
* Game no longer crashes after interrogating the captive in "Questions and Answers"
* Rattay armorer should no longer get stuck in infinite sleep behaviour.
* Player with an equipped bow can now be dehorsed by enemies.
* Player can no longer lock on a non-existing opponent.
* Fixed instant game over bug in Baptism of Fire quest.
* Crashes after timeskip/fast travel should no longer occur.
* Game no longer crashes after "The Sport of Kings" quest.
* Crash after walking into Straw's house during the "Pestilence" quest is fixed.
* Crash after finishing the "Pestilence" quest is fixed.
* Very rare crash after loading a game is fixed. 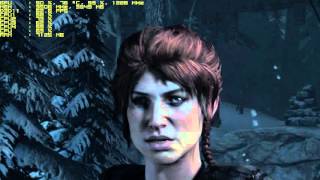 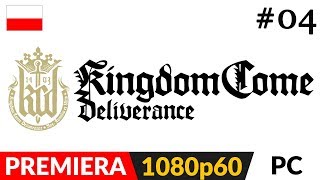 Henry can now wash away his sins by buying indulgences in
churches.

We scattered 16 new lore books around the world.

Any forgotten or despawned quest items will now be moved to the
gravedigger's chest and the player will be notified via new quest"Lost
and Found".

Guards no longer drop halberds. All previously dropped halberds deleted. This should fix many performance and camera twitching issues.

Several bugs that caused abnormal CPU usage fixed. This should
improve performance for many players.

Optimized lighting in battles should give the player few more FPS.

Several crashes at the beginning of the first two quests fixed.

Any remaining issues with going through doors should be fixed.

Archery tournament no longer causes inability to save.

Infinite fader in archery tournament will no longer appear.

The game now autosaves on completion of most of the quests.

Many endless faders after dialogues fixed.

NPCs now can swap weapons from melee to ranged faster.

NPCs now reacts to player aiming at them with a bow and will try to
get to him faster, instead of only reacting to being shot at as
previously.

NPCs being aimed at or shot at will no longer approach the player in
a straight line.

A bug that prevented the player from talking to Father Godwin in
Mysterious Ways fixed.

Corrupted autosave at the start of "Homecoming" quest fixed.

It is no longer possible to stealth-kill NPCs in narrow spaces without
playing the animation.

Cages in the quest "A Bird in the Hand..." should no longer disappear.
Any players with the quest in progress will have the quest reset.

Master Karel now correctly goes to play dice in the evenings. So the
player can win all his money in "Rocketeer" quest.

Executioner Hermann no longer keeps beating the player
unconscious when he is angry.

Miller Peshek can no longer get stuck in lockpicking tutorial.

Novice Antonius should no longer get stuck after saving while he
investigates the blood.

Talking to Antonius before passing out from poison no longer ends in
infinite fader.

When the player is ambushed during fast travel he will be placed
much closer to the enemies.

Erik now has lower RPG stats and is easier to persuade. This should
make the achievement/trophy Freud easier to achieve.

The player can no longer evade some crimes by being mounted on a
horse.

Knocking out Margaret during "Sheep in Wolf's Clothing" can no longer
break the quest.

Killing the scouts near the mines before "The King's Silver" quest no
longer causes infinite fader in that quest.

Loading the autosave from "The King's Silver" quest will no longer skip
one of the cutscenes in that quest.

The player no longer has the option to fix the leg of one of the
wounded if the wounded NPC is dead, which cause the game to
freeze.

It is no longer possible to drop off the horse in "Run!" quest when the
player skips the cutscene.

Encouraging Procopius to have his tooth pulled now works even when
the player has "Rocketeer" quest started.

Objective now properly fails and gives more information in the journal
in "The House of God" quest when the player doesn't meet Zmola at
the scaffolding.

"Gallows Brothers" quest can now be properly finished even when the
player steals the money in Talmberg.

Hidden places in the monastery where the player could access his
horse inventory removed.

NPCs should no longer sink into terrain on collision in Rattay.

It is now always possible to knock on the bathhouse door in the "Next
to Godliness " quest.

Saving the game while carrying a corpse no longer makes NPCs see
the corpse even after the player drops it.

Fritz and Matthew are no longer frightened by corpses during "A Rock
and a Hard Place" quest.

Any successful transaction now slightly raises reputation with traders
based on the transaction amount - only up to 75 reputation.

The player is now officially allowed to hunt in the forest after being
named Master Huntsman.

The probability of ambush by just one stronger opponent is now much
higher.

It is no longer possible to kill your opponents in "Chumps" minigame
without triggering crime.

There should be more chatter dialogues between NPCs about the
deeds the player did.

No i jednak jest ;D 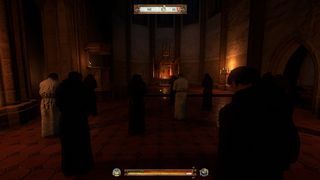 PC 1.7 Patch Notes
– Optimizations –
Texture streaming massively improved. Pop-in of the more detailed textures or body parts should be much less apparent.
We have optimized despawning of items. This should positively affect performance for some players.
NPCs no longer randomly drop items while going into less detailed LOD state. This should slightly improve performance.

– New features –
Tournament! - The tourney takes place every few days in the courtyard of Rattay Upper Castle. Depending on how far you've progressed through the story, ask either the Samopesh blacksmith or Sir Hans Capon to make the necessary introductions.
Dice minigame improved - We have added a new set of dice with a "Joker" side and three types of straights to score. It is now easier to gain points with wild dice, so we raised the score limit to 4000 points.

– Quest bugs fixed –
Lord Divish now returns to Talmberg after the cutscene in Epilogue.
Bandit recruiters in "If You Can’t Beat ’em" quest are no longer afraid of corpses and the quest can be progressed even if you bring them physical proof of your success.
Quarry robbery in the "Gallows Brothers" quest now has a proper ending if the player refuses to join the robbers.
Fixed infinite fader before Uzhitz sermon, which arose during a certain patching order.
Fixed issue that caused Lord Capon to visit baths before starting the "Next to Goodliness" quest.
Fixed issue that caused Kunesh's axe to disappear during loading thus preventing completion of Unexpected Visit quest.
Fixed issue that prevented the player from getting cat-paw immediately after beating Gambler in "Miracles While You Wait" quest.
Fixed issue that caused Fritz and Matthew to attack each other after "A Rock and a Hard Place" quest.
We also squashed a bug that caused inability to hand over their share.
Soldiers continue to load trebuchet even if you talk to Sir Robard and deliver quest "Ruin".
We also fixed a rare situation in which players could not talk to Sir Robard during "An Oath is an Oath" quest.
Changed behavior of the captured Cuman, with this patch he talks to the player even if the player has a really low reputation with Cuman faction. To be fair he did have a reason to distrust you!
There is no longer an infinite fader after killing an opponent in the fist-fighting quest line.
Erik at Vranik fort now has death protection, which prevents consequent cutscenes in the quest from failing.
Failure of "The Prey" quest caused by meeting thugs from "Debts Must Be Paid" quest when traveling with Hans Capon fixed.
Fixed issue that sometimes caused Captain Bernard to stop training the player after taking the "Marauders" quest.
Fixed incomplete dialogue option in "Saintly Remains" quest.
Fixed cutscene in Rocketeer quest.
Fixed interactor on the deer grave in "Hare Hunt" quest and the poacher camp cutscene trigger.
Talmberg groom should no longer get stuck in the castle door.
Fixed looped dialogue with Rattay scribe in Mysterious Ways quest.
Fixed infinite dialogue loop after giving Theresa gifts.
Fixed rare issue that prevented player from talking to Morcock after dealing with Timmy in the "My Friend Timmy" quest.
Quest "Keeping the Peace" now properly triggers game over if the player leaves Rattay
Fixed autosave in "The Sport Of Kings" quest.
Bug in "Next to Godliness" quest where Hans Capon didn't enter the bath fixed.
"Hare Hunt" quest icon is now active only if the quest can be taken.
Issue with quest markers in "A Bird in the Hand" quest fixed.
Quest "Next to Godliness" now cannot be activated after Epilogue.
A rare bug with NPCs from different quests occurring during Talmberk siege fixed.
Combat Master Vanyek can now correctly duel with the player during "The
Die is Cast" quest.
Fixed objectives and logs in "A Needle in a Haystack" quest.
Eating from a bowl in the monastery should now work without an issue.
Fixed interaction between "Wounded Soul" and "A Man of the Cloth" quests.
Fixed interaction between "Wounded soul" and "Pestilence" quests.
Small tweaks in the dialogue with blacksmith Zach in "All That Glisters" quest.
Bug which caused Hans Capon to talk only about "Robber Baron" quest even after finishing it fixed.
Rare bug that stopped progression after losing a dice game during "Keeping the Peace" fixed.
Bug that caused absence of important dialogue with Hans Capon during "Clothes Make the Man" fixed.

– Other bugs fixed –
Fixed rare issue that caused money disappearance during loading.
Fixed problem with uberlods that caused occasional disappearance of Pribyslavitz
Fixed another rare issue that caused combat lock on dead opponents.
Several small tweaks in the alchemy minigame UI.
Inflating breasts of sitting women have been resolved (Sorry guys!).
Fixed rare issue which caused a guard to evict a player from the jail for trespassing.
We emptied some overfilled chests in Rattay and prevented them from overfilling again.
Knocking out NPCs from stealth no longer makes their clothes bloody.

– From the Ashes DLC –
More shopkeepers in restored Pribyslavitz now sell repair kits.
Ambient music in Pribyslavitz now changes based on the number of buildings built.
Marius will now properly say why he won't do anything when the player is trying to build something from the Ledger.
Small graphical glitches fixed
UI buttons no longer flicker in Ledger.
It is now possible to smoke and dry food in bulk.
A new sound is now played when drying or smoking.
Judgments are no longer accessible after failing the quest.
Events on Rattay square no longer appear during the Bailiff's speech.
The chance of encountering enemies near Pribyslavitz is now lower after clearing the bandits.
Weaponsmith and armoursmith now properly display goods around the shop.
Weaponsmith and armoursmith now have more money.
Two of the woodcutters no longer stay in the village after the player banished them during one of the judgments
The smithy guard now guards the shop even after the shop upgrade.