Does the leaked video show final or close to final product quality?

As Adam (CD Projekt RED CEO) noted in our response to the leak, the video was created using a very early alpha version of The Witcher 2 and therefore does not represent the final quality of the game in any way. Basically, the video was created six months ago to show the game to the potential publishers, and a lot has changed since that time. Moreover, the movie does not even touch the main aspect of the game, which is it’s story. We put all our efforts into making the story even more exciting and captivating, giving our fans exactly what they expect. 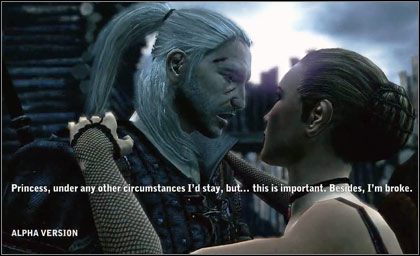 I don’t like Geralt’s voice. Are those final voiceovers for the game?

After seeing the video many of you worried about the quality of voiceovers and the different voices used by lead characters. We’re proud that our team members can imitate native English actors so well that some people would even consider these VOs being part of the final product :). However, we are not planning to change RED into the world’s first non-native recording studio for English movies and games by using non-native non-actors. Don’t worry, we’ll stay in our day jobs. The voices in the video are not in any way final, and were only created for the purposes of the video. By the way - personally, I don’t like Geralt’s voice in this movie either ;).

The Witcher 2 is being developed by the same team which was responsible for the first one with some minor changes (50+ people remain from The Witcher’s development). It is true that there were some cuts in the development department at CD Projekt, but those were mostly connected with freezing development of The Witcher: Rise of The White Wolf.

What is the release date?

We haven’t established a release date yet. It will be announced together with our future publisher. However, please do not expect the game too soon. The Witcher 2 is still deeply in the development stage and as it is huge and complex, there is still many, many hours of work in front of us. 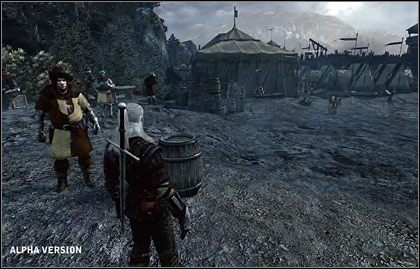 When we will see more materials from the game?

Except for this FAQ we do not plan any materials to be released soon. An official trailer and other stuff will be done with our publisher, and it won’t be very soon. Sorry.

What engine will be used in The Witcher 2 ?

The game does not use the Aurora Engine anymore. We developed a brand new engine dedicated to creating games with the design and features we love (basically the same concept as in the first Witcher but everything done much better, smoother and with some significant improvements). The new engine is fully scalable and, well… kicks ass;). We believe it will let us avoid all bottlenecks we came across during development of the first Witcher. Exact engine specifications, features and name will be revealed after the official announcement.

What platform will the game be released on?

Although PC is certain choice we made regarding platforms for The Witcher 2, we also want to release the console version. More information will come after official announcement of the game.